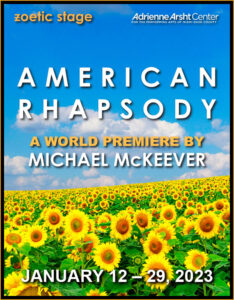 Over the course of some 60 years — starting in 1969 and ending in 2032 — the Cabot family tries to keep up with the world as it evolves around them. Epic in scope yet intimate by nature, American Rhapsody weaves the lives of its main characters through the ever-changing landscape of the American zeitgeist as it speeds through the last half of the 20th century into the turbulence of today and well beyond: civil unrest, the feminist movement, the greed of the ’80s, the horrors of 9/11, the 2008 financial crisis, same-sex marriage, the COVID-19 pandemic. As the family evolves into a new America, so does its cultural identity as members of other races and sexual orientations marry into and redefine what the family thought it was.